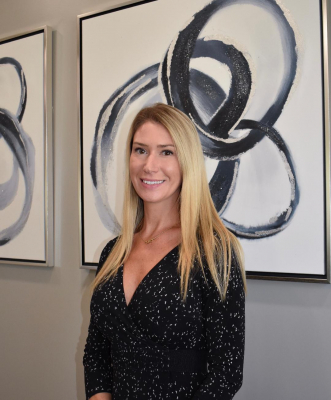 Dr. Samantha Kawa, originating from Pittsburgh, Pennsylvania, grew up in a small surburb called Plum. She has been in practice for over 10 years as a primary care optometrist. She graduated from Nova Southeastern University in 2012 with a Bachelors of Science in Vision Science after earning her Bachelors in Science from Clemson University in 2008. During that time, she was the recipient of several awards including Ocular Disease Clinical Honors from Aker Kasten Eye Surgery Center in 2011 and Primary Care Clinical Honors from Ophthalmology Consults & Center for LASIK in 2011. She now enjoys spending time with her husband and two children at the beach or practicing yoga.